Report on Polish cosmetics export in the first quarters of 2015

Cosmetic Reporter again has made an effort to analyse the data concerning the export of Polish cosmetics. For the moment of making the analyse we had an access only to the data for the first 3 quarters of 2015 (updated at the beginning of 2016), but even now it allows us to determine the upcoming perspective in this field.

Cosmetics produced in Poland in 2015 were exported to 159 countries.

Following the last few years, the biggest importer of Polish cosmetics were EU countries, which receive approx. 65% of our export.

According to the initial data of the Central Statistic Office (GUS) – the export of Polish cosmetics in 2015 comprised EUR 1 bln 655 mln.

The export of Polish cosmetics was divided in several categories (Table 1 and Chart 1): 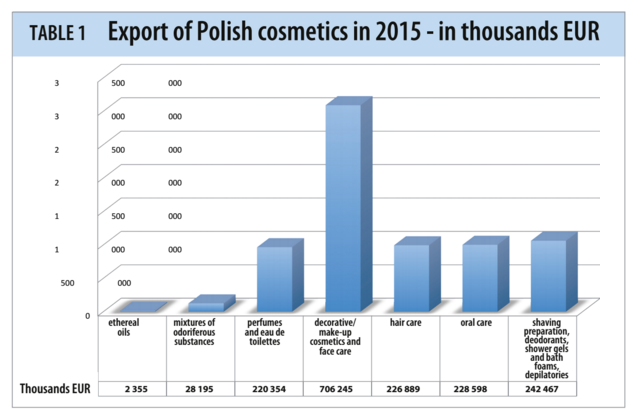 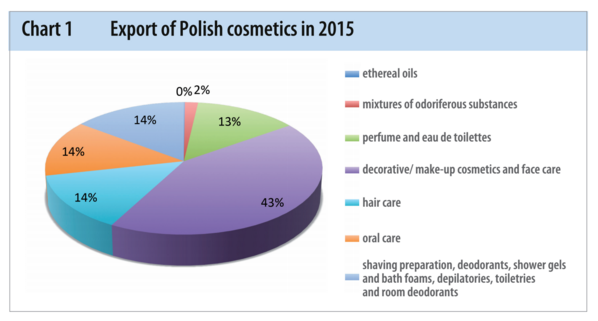 The export value in terms of region division is presented below (Chart 2): 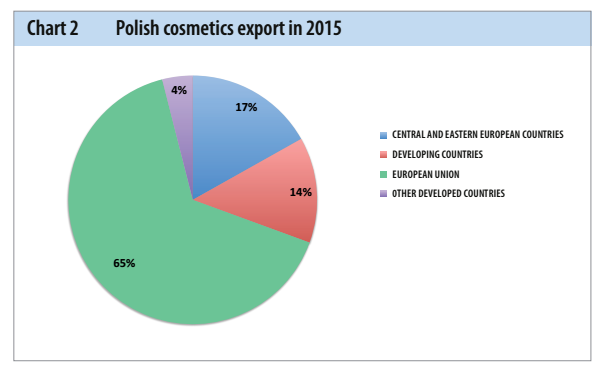 The export structure is very similar to the one in 2014 – the % shares remained the same.

The main receivers of Polish cosmetics in the particular regions are: 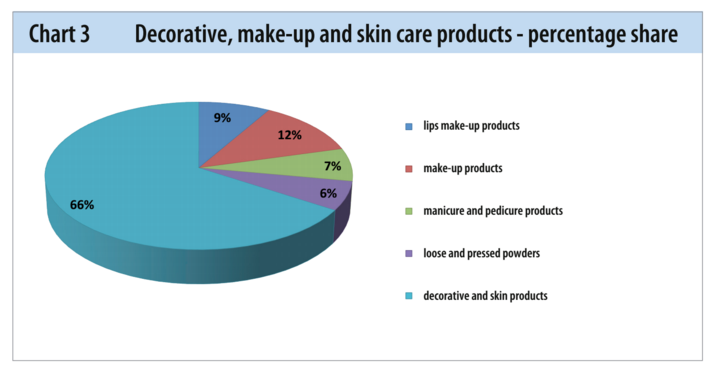 The main export group of the category below are decorative and skin products. Its export value is estimated at EUR 59 mln, which comprises 66% of the whole category. 64% comes to EU countries, where the main receivers are Germany and Great Britain.

The export of make-up products is estimated at EUR 86 mln, which comprises 12% of the total value in this category.

44% of this category comes to EU countries, but the share of Central-Eastern Europe countries is also significant, comprising 26%.

The initial data suggest, that the export value of 2015 should be comparable to 2014 or even higher. It is motivated by good quality of Polish cosmetics, but also attractive prices, especially after weakening the value of Polish zloty in comparison to other currencies in the second half of 2015.

This site uses cookies to provide services at the highest level . Further use of the site means that you agree to their use .Close